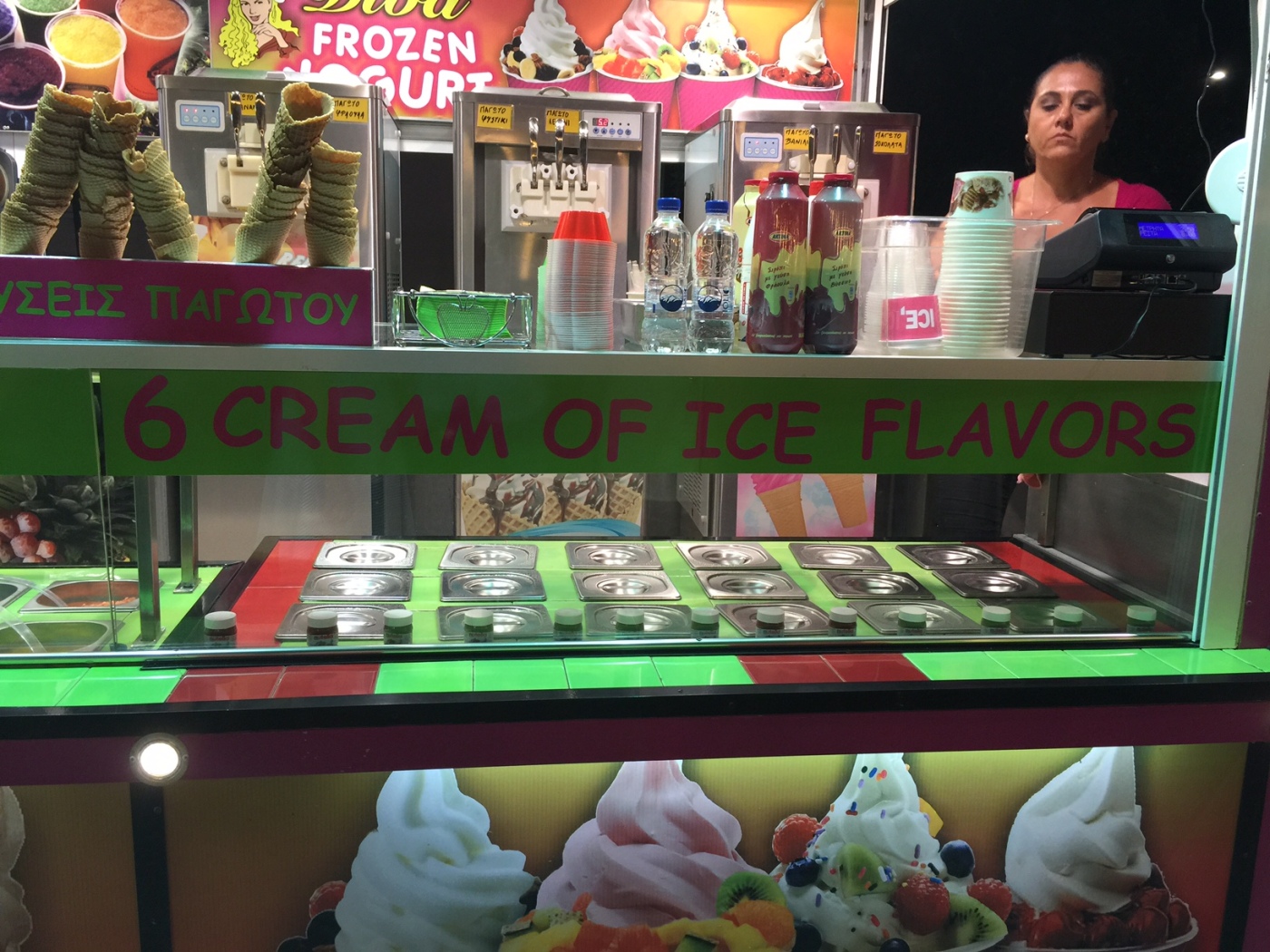 It takes a couple of minutes to register that the scream is a scream and no longer ‘singing’ along to One Direction or general teenage conversation. There’s movement too. Gangly knees poking into the back of my drivers seat as someone writhes about to accompany the screaming.

I pull over and between myself and 4 hysterical teenagers we get the insect to disembark so that it can no longer endanger their lives by, erm, buzzing.

We are Poppy and Maria (my daughters) and Mary and Tina (twins) who are Poppy’s BFF’s. And myself of course. Self styled, well cool mum who the girls just love to hang out with.

‘Lets go and light a candle first’ I say to the car as I am locking it since the girls are already off up the road.

We have come to the ‘Paniyiri’ in Kremasti. This is the religious festival which celebrates the ‘assumption of the virgin mary’. As far as I can tell, there are two assumptions here. The first is that the virgin Mary died on this day and the second is that she was ‘assumed’ into heaven, as opposed to physically decaying on earth. The date celebrated is 15th August and one of the most important in the Greek orthodox calendar. You can read about what the saints day celebrations entail here.  This particular celebration goes on for well over a week and is centred around the big church in the square which is dedicated to the Virgin Mary. As with all good greek festivals there is plenty of food around. Souvlaki (pork on a skewer) sizzling on hot coals, corn on the cob, candy floss. And then there are Loukoumades. Freshly fried balls of soft dough, smothered in honey and liberally sprinkled with cinnamon. I’m drooling as I type.

I catch up with the girls outside the church, although I nearly miss Mary as she is hidden behind a giant ball of candy floss.

‘We had to buy it to get some change for the church candles.’ They smile. Fair enough. Mary gets her change back, but it’s still too big for the collection box so we decide to break it down some more by ordering souvlakis.

Feeling a bit sick, we wander along the gaudily lit stalls of tat and after being momentarily distracted by the fairground (think health and safety nightmare) we end up at the church. We light our candles outside and go inside. The church is big and imposing and exquisitely decorated. The smell of incense is heavy in the air and people are quiet and thoughtful as they cross themselves and kiss the icons.

We spill out into the warm evening air. Its past 11pm, but people are still arriving. We spend our last euros on loukoumades and ‘komboskinia’ and walk back to the car. As Tina is about to get in the car she suddenly leaps back with a shriek.

Its going to be long drive home…

(‘Komboskinia’ are prayer bracelets made of 33 knots. You are supposed to pass the bracelet though your fingers, saying a prayer at each knot. There is a bead or cross in the middle so you know where to start and finish. The number 33 represents the age of Jesus. People often buy them as gifts to bring good luck to their friends and keep the devil away!)

2 thoughts on “Saints days, insects and a giant candy floss”